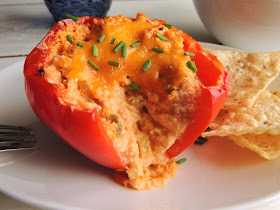 Now that St. Patrick’s Day is over, we will return to our regularly scheduled programming: Men and Texting. 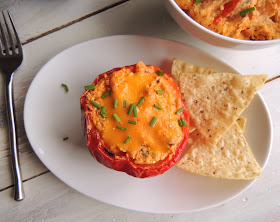 Remember when I told you about hubby’s best friend, Bret, in my Cuban Pork Chop / Smoked Meat Post? Well, Mike and Bret are hilarious. Not laugh out loud hilarious because their jokes are so funny (although this can sometimes be true), but hilarious because they LOVE to text message each other about absolutely nothing.  This goes on for hours.

Illustrated below is an example text message “conversation”. (Please note the quotation marks, they are needed.)

Mike to Bret:
Bret to Mike:


And keep in mind, this “conversation” may last upwards of four hours.  I have shortened it for your benefit.  You get the gist.


OK, now that everyone in this room is now dumber from reading that, let’s move on… 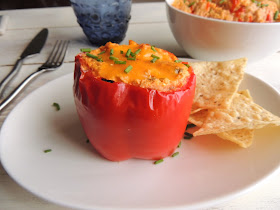 As you may know, I’m obsessed with chicken wings and buffalo sauce.  The sad thing is, I’m also trying to eat healthy, so that means no chicken wings!  So instead, I invented this!  Chicken wing dip made with cauliflower, and then stuffed inside bell peppers.  It definitely satisfied my chicken wing craving.  And if you aren’t opposed to tortilla chips, have at it! 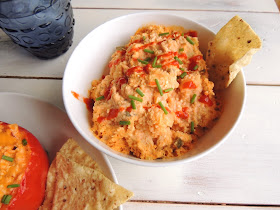 In a large pot over medium-high heat, add the chicken breasts and cover with the chicken broth.  Bring to a simmer and poach for 10 - 15 minutes.  Drain the broth and "pull" or cut the chicken into small pieces.  Set aside.

Preheat the oven to 350 degrees F.

Rinse out the pot used for the chicken and spray with some cooking spray.  Turn the heat to medium.  Add the chicken, cauliflower, cream cheese, yogurt and hot sauce.  Cook and stir until combined.  Taste the mixture and add more heat or yogurt to obtain the desired amount of spiciness. Season with salt and pepper to taste.  Add the diced onion and celery and stir to combine.

Spray a large baking dish with cooking spray.  Arrange the bell peppers in the dish, and spoon the chicken mixture into the peppers.  Top with a slice of cheddar cheese if desired.

Bake for about 30 minutes, until the peppers have softened.