My baby turned one yesterday. We had a party for her. Everyone fawned over her, and rightfully so. She's adorable and amazing and so loved by our family and friends. I mean, she wore this little glittery party hat for God's sake! I can't even with the cuteness. 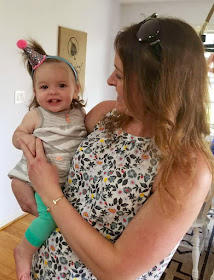 BUT... she is not the only one who had a pretty momentous day one year ago. I don't need people to fawn over me. I realized the day I came home from the hospital, with a baby on the outside of my body rather than on the inside, that I was no longer the center of anyone's attention. However, that is the topic of another blog post, not today's.

Today's post is about how awesome I felt yesterday afternoon, driving home from the gym (Trebel), thinking about the past year of postpartum bulls%*$ that I have endured. I was very lucky with both of my babies and never went through the baby blues. However, I feel like my body went through the wringer. Despite continuing fitness training throughout my entire pregnancy, I still ended up with diastasis recti. I went to months of physical therapy to improve said diastasis, all the while being told that it may never completely heal and that I should never do sit-ups again! As an athlete, this was very frustrating. Months later, I started having knee problems. The doctors and physical therapists told me this was due to weak core and hip muscles. "But I work out almost every day - How can that be?!" So then I started a new round of physical therapy focusing on my core muscles to improve my knee function and pain. Then, I realized that the weird thing that had been protruding above my belly button since I gave birth was not just some weird thing that would eventually go away, but an umbilical hernia. My OB told me she didn't really know what to do about that or my diastasis, besides go to physical therapy, and that I should probably stop lifting heavy things. 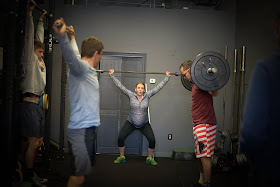 I was SO frustrated at this point I was in tears for days. I had what felt like 19 different medical professionals telling me 4,324,200 different things to do or not do. All I wanted was to have my pre-pregnancy body back. And I'm not even talking about cosmetic things like no stretch marks or non-saggy boobs. I wanted to be able to go to Trebel and lift heavy things and do sit-ups! I wanted my body to work the way it should! The cosmetic things would be nice too, but that's neither here nor there.

So yesterday, on the day my second and last baby turned one, I went to see a general surgeon who told me this... "Your diastasis really isn't bad! Your hernia isn't that bad, and if not causing you pain or getting worse, it likely won't cause you any problems. Working out won't hurt it anymore than life will. Oh, and fitness training did not cause your hernia, pregnancy did. Also, go ahead and do sit-ups. That's dumb advice to not do sit-ups ever again. They are no worse for your diastasis or hernia than anything else you need core strength to do, which is pretty much everything."

YESSSSSSSSSSS! This is exactly what I wanted to hear. I may have been quick to accept this opinion, but I sought this doctor out to hear an opinion from someone who knows about this stuff. I was sick of people telling me that they didn't know. I was so so sick of spending my time and energy and money paying so many therapists and doctors to "fix me" to no avail.

So yesterday afternoon, I went to Trebel. I did sit-ups for the first time in one whole year!!!!!!!! I did pull-ups. I did double-unders. I did lots of things that I could not do one year ago, or ever before in my life, and I felt great about that. I kicked ass, and it felt great. I am stronger than I've ever been.

It was a long and frustrating journey this past year, but yesterday I felt strong, and happy, and healthy. I am fixed! 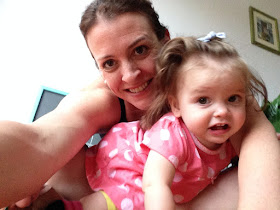